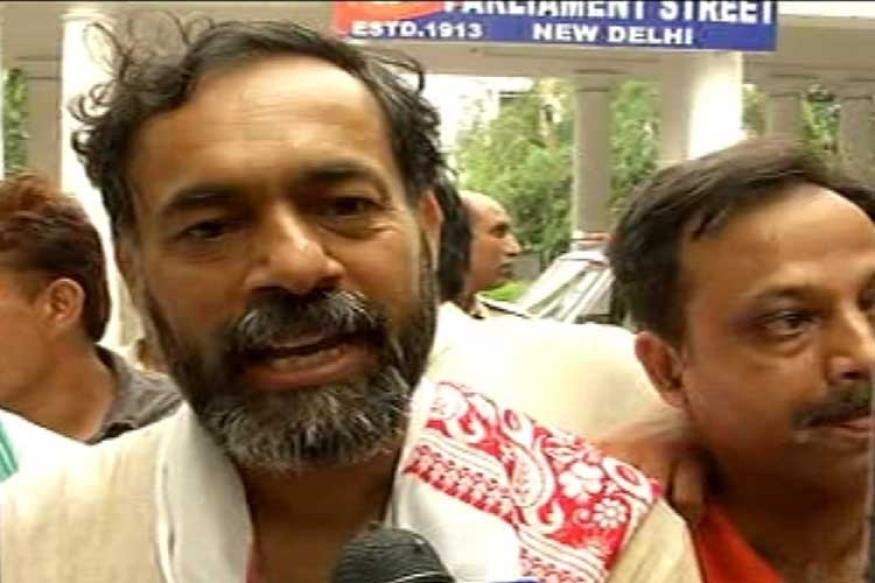 New Delhi: Swaraj India president Yogendra Yadav on Thursday claimed he and activist-lawyer Prashant Bhushan have been detained by the police while protesting at the Delhi Gate.

Yadav alleged they were dragged and pushed into a bus and were being taken to an unknown destination.

“Prashant Bhushan, myself and about 50 protesters have been detained from Delhi Gate. We were just standing with national flag and singing the national anthem.

“Police confirmed: no 144 in force, served us no order. Yet dragged and pushed into bus. Being taken to unknown destination,” Yadav tweeted.

CPI general secretary D Raja also said he and senior party leader Atul Kumar Anjaan were detained by the Delhi Police when they went to Rajghat to form a human chain to show “solidarity with the Constitution, democracy and secularism” and against CAA.

“We were detained from Rajghat after we went there to take part in the human chain in protest against Citizenship Amendment Act and National Register of Citizens. Delhi Police has detained us and put us in a bus. We don’t know where we are being taken,” Raja said.