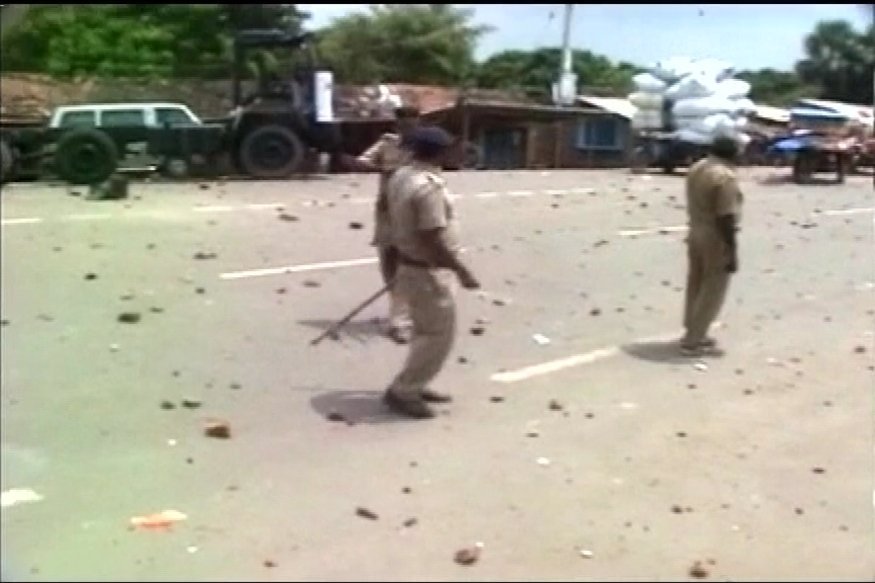 Kolkata: Two people were killed and another was critically injured on Wednesday when a protest against the twin issues of the Citizenship Amendment Act (CAA) and the National Register of Citizens (NRC) in Murshidabad’s Jalangi area turned violent.

The deceased were identified as Anarul Biswas, the muezzin of a local mosque, and local resident Morzen Ali. The injured sustained bullet injuries.

Trouble started when a section of the local residents and traders opposed the protests, jointly called by the Congress and the CPI (M), on account of Saraswati Puja celebrations on Wednesday.

Trinamool Congress (TMC) MLA Abdur Razzak said supporters of the ‘bandh’ had been announcing since Tuesday night that everything in the area will remain closed today.

“They were requested to call off the bandh due to Saraswati Puja, but the Congress and the CPI (M) were adamant and turned down the requests. Jalangi North Block president Tahiruddin Sheikh reached the spot but was beaten mercilessly by the supporters. His brother Sariful alias Mantu was shot at while two others were shot dead,” said Razzak.

The legislator said that the injured were taken to Berhampore Hospital, where Sariful is stated to be in critical condition. Razzak said he has requested the local administration to take stern action against the killers.

“I have no idea who called the bandh in Jalangi,” Mitra said. “I will certainly look in to the matter.”

Soon after incident, the residents reportedly became agitated and ransacked several houses and damaged vehicles. A large number of police force rushed to the spot and brought the situation under control.

But Sheikh dismissed the allegations, claiming that Congress-CPI (M) workers were behind the firing.

“My brother received bullet injuries and his condition is serious. The bandh was called by the Congress-CPI (M),” he said. “We requested them to call off the strike citing Saraswati Puja, but they didn’t listen to us.”

“The district administration should inquire into the matter, but it is unfortunate that in Bengal they are working at the behest of the ruling party,” said Salim.

West Bengal Chief Minister Mamata Banerjee recently had warned of action against those involved in violent protests in the state.