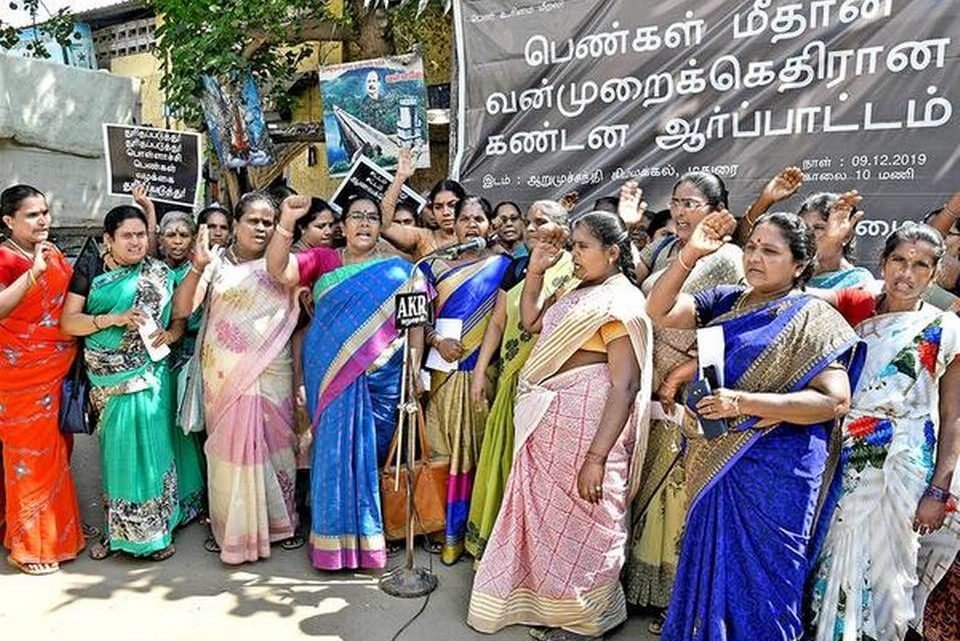 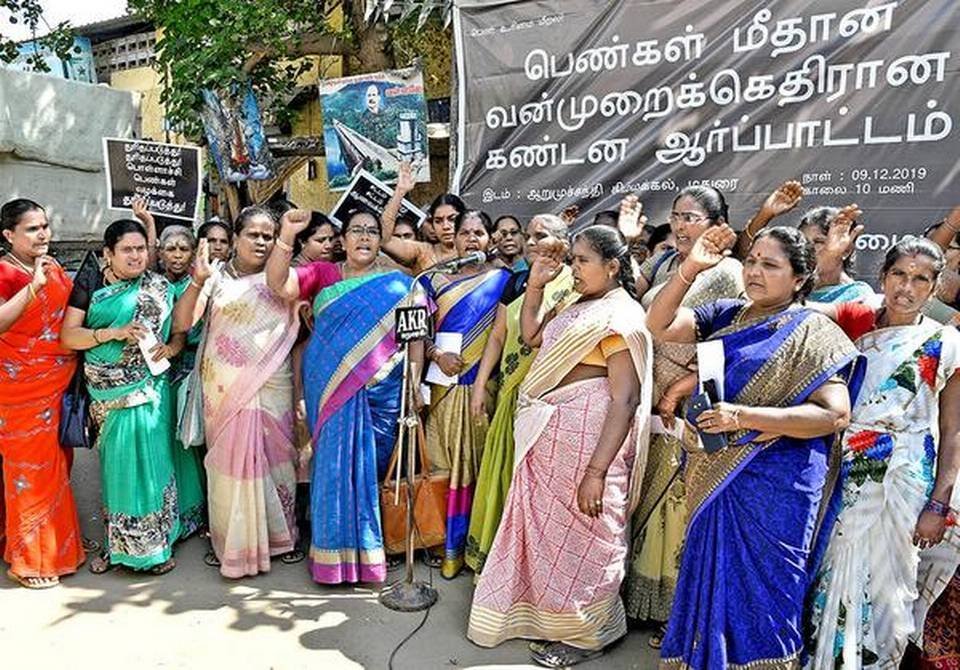 Members of Madurai District Women’s Federation staging a protest in Madurai on Monday.

Members of Madurai District Women’s Federation protested here on Monday against a surge in sexual violence and assault on women in the last 15 days.

Representatives of different organisations came together and highlighted instances of the rape and murder of a veterinarian in Hyderabad as well as the rape of a Class XI student in Coimbatore. Referring to the assault on the victim in Hyderabad, Managing Trustee of SOCO Trust S. Selva Gomathi said that encounters will not solve the several layers of ingrained patriarchy in the country. “We are not justifying the heinous act but the idea of following a systematic procedure to address the accused must be in place. Guns and encounters do not change the way people think about gender justice. These are extra-judicial killings,” she said.

Representative of Tamil Nadu Pengal Iyakkam T. Arockiamary said that speedy trials must be the only solution to address crimes. There must be strict laws and special court to address honour killing cases.

“In several instances of domestic violence, when people go to the police to register a complaint, they are turned away citing frivolous reasons. Why do we not take such cases seriously. What stops the police from fighting for the right and protecting the victim?” she asked.

The activists sought cooperation from the police to ensure that their complaints were taken seriously.