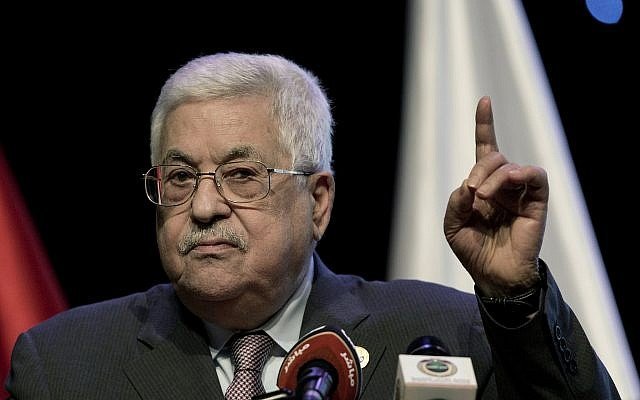 Palestinians slam US for declaring settlements not illegal

Abbas’s spokesman says announcement is ‘baseless, unacceptable and condemned’; Hamas states Palestinian people will continue ‘its struggle until settlements are swept away’

The Palestinian Authority blasted US Secretary of State Mike Pompeo’s announcement on Monday that the Trump administration was softening its position on settlements.

Pompeo told reporters at the State Department that “the establishment of Israeli civilian settlements in the West Bank is not per se inconsistent with international law,” breaking with decades of US policy.

“The American administration is not qualified or authorized to abrogate international decisions and it has no right to grant Israeli settlement building legitimacy,” Abu Rudeineh added. 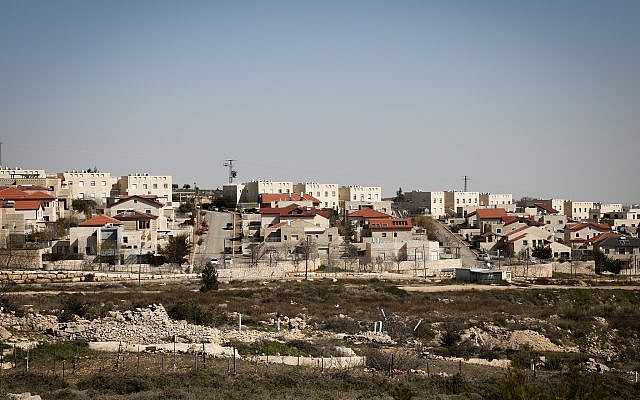 In addition to the Palestinians, most of the international community considers settlements to be illegal. This is based in part on the Fourth Geneva Convention, which bars an occupying power from transferring parts of its own civilian population to occupied territory.

Israel, however, maintains that the West Bank is not an occupied territory, but disputed land that was captured from Jordan in a defensive war in 1967.

UN Security Council Resolution 2334 contends that settlements bear “no legal validity” and constitute “a flagrant violation under international law and a major obstacle to the achievement of the two-state solution and a just, lasting and comprehensive peace.”

In his statement, Pompeo said that the US was not “addressing or judging the ultimate status of the West Bank. This is for the Israelis and the Palestinians to negotiate.” Saeb Erekat, the secretary-general of the Palestine Liberation Organization’s Executive Committee, called on the international community to push back against Pompeo’s statement.

“Once again, with this announcement, the Trump administration is demonstrating the extent to which it’s threatening the international system with its unceasing attempts to replace international law with the ‘law of the jungle,’” he said in a statement.

“Henceforth, the international community must take all necessary measures to respond and deter this irresponsible US behavior, which poses a threat to global stability, security, and peace,” he stated.

While the Palestinians have said they would be open to allowing Israel to retain a small number of the settlements in a future peace deal as part of a land swap, they have argued that Israel’s continued expansion in the West Bank threatens the creation of a viable, independent Palestinian state. 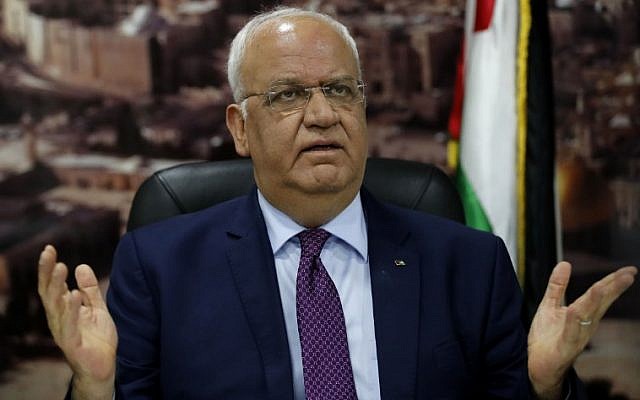 Saeb Erekat speaks to journalists in the West Bank city of Ramallah, on September 1, 2018. (AFP/Ahmad Gharabli)

The Israeli government has long held that settlements do not constitute an obstacle to peace with the Palestinians. Prime Minister Benjamin Netanyahu has vowed to never uproot settlements and has promised to annex West Bank lands if he remains in power.

Hazem Qassim, a spokesman for the Hamas terror group, said that Pompeo’s statement was “another affirmation of the American administration’s participation in the aggression against the Palestinian people.”

“The establishment of these settlements is a real war crime. The occupation expelled the original owners of the land among our people, stole it and then built settlements on it,” he said in a statement posted on Hamas’s website.

Since late 2017, the Trump administration has made several moves seen as marginalizing the Ramallah-based Palestinian leadership, recognizing Jerusalem as Israel’s capital, moving the US embassy in the Jewish state from Tel Aviv to Jerusalem, cutting hundreds of millions of dollars in aid to the Palestinians and the UN agency that supports Palestinian refugees, and closing the PLO representative office in Washington. 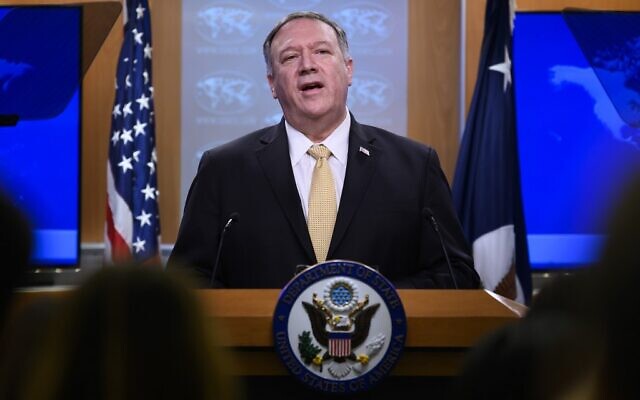 US Secretary of State Mike Pompeo makes a statement during a press conference at the US Department of State in Washington, DC, on November 18, 2019. (JIM WATSON/AFP)

Peace Now, an anti-settlement watchdog group, also blasted the top US diplomat’s statement, arguing that it serves the interests of Israel’s “far right.”

“No declaration will change the fact that the settlements were constructed in occupied territory in contravention of international law, and are an obstacle to peace,” the group said in a statement.

“Trump has been, and remains, a dishonest broker who serves the vision of the far right at the expense of the moderate majority of the Israeli public,” it also said.

According to Peace Now, more than 425,000 settlers currently live across the West Bank including in communities deep inside the territory and adjacent to Palestinian villages and towns.

“The American administration is pushing the world over 70 years backwards, to the period at the end of the 2nd world war, when only in its aftermath did the world come to terms with the consequences of the absence of such protections,” it said in a tweet.