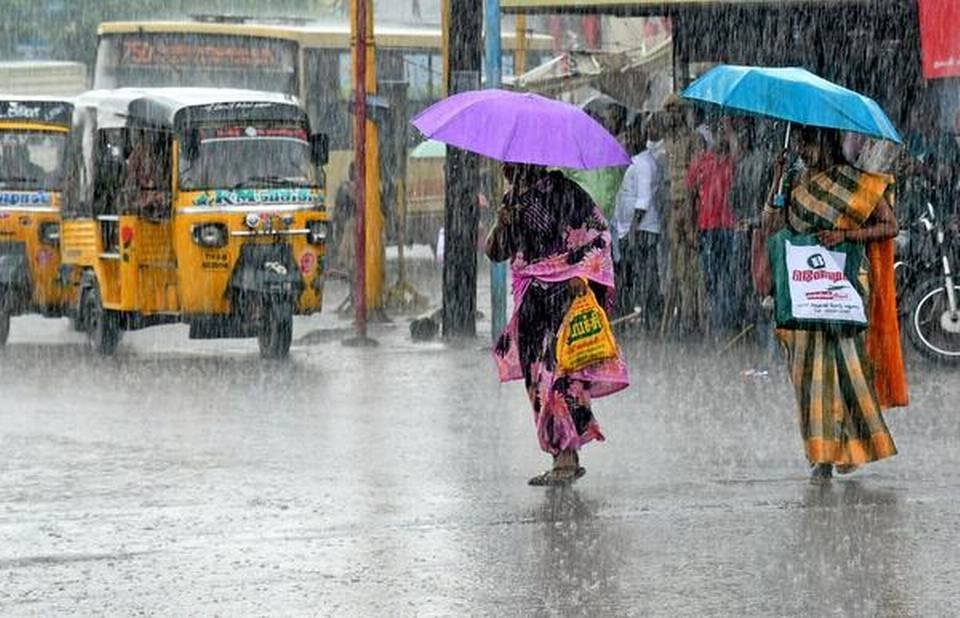 Pedestrians seeking cover under colourful umbrellas make their way on a street in the city on Wednesday.

With the increasing levels of water in Periyar and Vaigai dams, farmers were a happy lot as the rain gave them hope of assured irrigation. After four years, the district has seen a sizeable amount of rainfall during the northeast monsoon, said M. Tirupathi, a farmer from Tirumangalam.

In many parts of the city, rainfall caused traffic to accumulate in main junctions such as Goripalayam, Kalavasal and Simmakkal.

“The elderly are the most affected as they struggle to cross the puddles of stagnant rainwater, which turns the roads slushy,” said S. R. Surendran, a commuter.

Several stretches that riddled with deep potholes and craters were filled with rainwater, making it difficult for motorists to identify danger spots.

“A two-wheeler rider skidded over a crater filled with rainwater near the Santhaipettai junction and suffered minor injuries,” said P. Kannan, an autorickshaw driver.

Despite the concerns, residents hailed the rains, hoping they would end up filling the tanks in the city and improving the groundwater table.