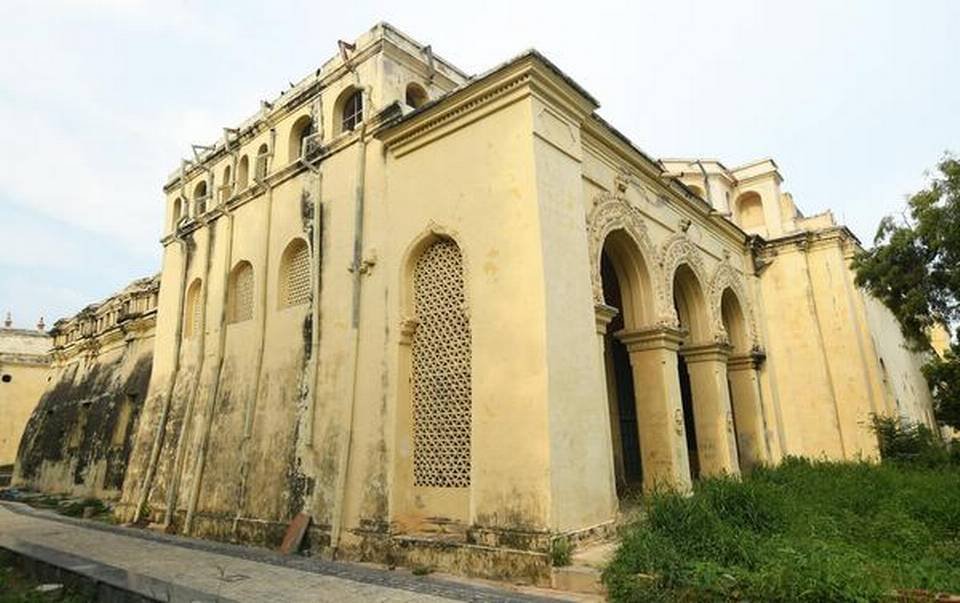 Tirumalai Nayak Palace to be spruced up

Tirumalai Nayak Palace, 12 other monuments in Tamil Nadu are being given a facelift with ADB funds.

The famed Tirumalai Nayak Palace in Madurai is gearing up for a facelift in the coming months.

According to a senior official of the State Department of Archaeology, Curator of the palace K. Sakthivel and photographer K. Selvaganesan have begun documentation of the interiors and exteriors of the monument to record the current state of the site from Wednesday. The document will be submitted to the State Department of Archaeology, Ministry of Tourism and Asian Development Bank.

The official said that the department had received ₹ 3.3 crore as loan from Asian Development Bank. “This is a long pending makeover. Tenders have already been finalised. We will spruce up the walls and pillars and fix panels, doors and windows that are damaged,” he said.

The Tirumalai Nayak Palace constructed in 1636 A.D has witnessed several changes since its construction. What remains now is a 20-acre site that has the Darbar Hall and Natakasala, a hall in the north-west corner, as remnants of a palatial building of yore.

Today, walls of the palace bear scars left by visitors in the form of graffiti. The paint on the walls has peeled off, demanding a repaint.

Apart from this project, the official said that the department was exploring the possibility of revamping the palace museum with funds from private organisations as a Corporate Social Responsibility initiative. A library too would be started, he added.

Apart from the Tirumalai Nayak Palace, 12 other monuments in Tamil Nadu are being given a facelift with ADB funds.

RTC employees dismissed themselves by not reporting to duty: KCR