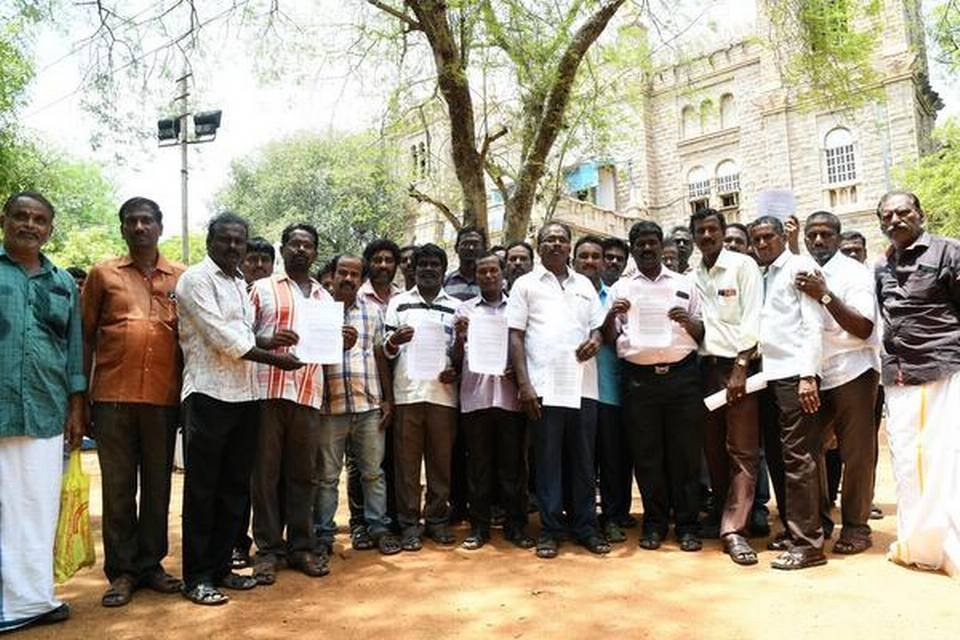 Private cable TV operators waiting to present a petition at the Madurai Collectorate on Monday.

Members of Federation of Cable TV Associations of Tamil Nadu have complained that several control rooms of private operators have been illegally sealed and that they were not allowed to function independently.

After submitting a petition at the grievance day meeting here on Monday, A. Pandi from the association said that they had been continuously fighting for the rights of cable TV operators and protesting against Tamil Nadu Arasu Cable Television Corporation (TACTV) for disrupting the signal of several local and satellite television channels that were not offered by TACTV.

“In a recent press release, the Collector had stated that cable operators should use the signal only from TACTV. Any operator not providing TACTV signal to consumers will be prosecuted and their licences cancelled. A regulation in the Cable Television Networks (Regulation) Act, 1995 provides right of way to cable operators. The Tamil Nadu government has not framed any rules on establishing and maintaining cable infrastructure,” he said. Optical fibre cables of private cable operators were damaged by special tahsildars and technical assistants of TACTV stating that they had been laid without getting permission from the authorities.

Mr. Pandi said that were compelled to take signals only from Arasu Cable TV.

“We have submitted various representations in the past but our petitions are not being taken seriously. The authorities must act in an unbiased manner to save the livelihood of cable TV operators and their families,” he said.