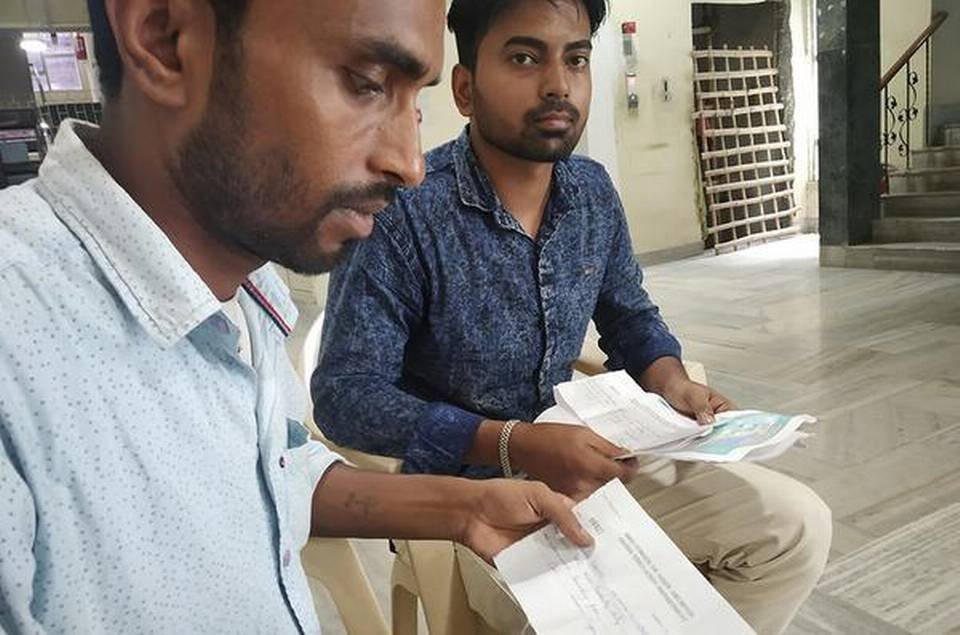 Barely hours before the publication of the National Register of Citizens (NRC), Bishal Biswas sat at the office of the West Bengal State Archives in Kolkata, almost 1,000 km away from his home in Rangia town of Assam’s Kamrup district. With the 23-year-old and three other members of his family, including his grandmother, finding their names missing from the NRC, Mr. Biswas was at the Archives to trace legacy data.

Mr. Biswas’s late grandfather Suresh Biswas and grandmother Basana Biswas hailed from West Bengal’s Cooch Behar and he hoped to find their names in the voters list of Tufanganj Assembly seat of Cooch Behar district. Mr. Biswas was accompanied by his friend and neighbour Chandan Das, who faces a similar predicament: the exclusion of the names of family members in the NRC. Both had arrived at the Archives at about 11 a.m. and hoped that they would get the certificates by evening.

By the evening, both Mr. Biswas and Mr. Das had located the names of their grandparents in the voter’s list of Tufanganj for the 1966 Assembly polls. Certificates mentioning the names of their grandparents with relevant details like the father’s name and address were provided by the State Archives on payment of ₹20 as search fees and ₹5 as the charge for a certified copy.

“I know it is too late,” said Mr. Biswas. “But we are hoping against hope. Maybe these documents will help us to prove our case before courts,” he added. Mr. Das, however, was not optimistic, “Let us see what we can do. At least, we have the proof now to say that we are Indians,” he remarked.

The neighbours from Rangia were not the only visitors to the State Archives on Friday. Twelve people including Kohinoor Begum, Abu Zafer, Saifuddin Mondal and Anwar Hossain Mondal were among those who had collected certificates, which they intend to use as legacy data.

In fact, Anwar Hossain was among the first to arrive at the government office at 10 a.m. His niece Noor Jahan, who had been married into a family in Assam’s Dhubri, has been left out of the NRC and the uncle was seeking details on Noor Jahan’s grandfather, Chaleman Mian, in any of the voters’ lists from the 1950s or 1960s in Cooch Behar.

Descendants of all Indian citizens, who moved to Assam after March 24, 1971, are eligible to register for the NRC, provided they furnish proof of residence in another part of the country as on or before that day.

Subodh Chandra Das, assistant director of State Archives, said that between August 1 to August 30, 207 certificates had been issued to people from Assam.

“You cannot turn them away. They come here with so much hope. I don’t know what they will do with these documents hours before the final list. But we are giving them anyway,” the Archives’ Mr. Das said.

“The Archives has issued 4,000 certificates in the past two years,” Mr. Das said. “I expect to see a few people applying [even] on Monday,” he added.

Pakistan will never ever start war with India: Imran Khan