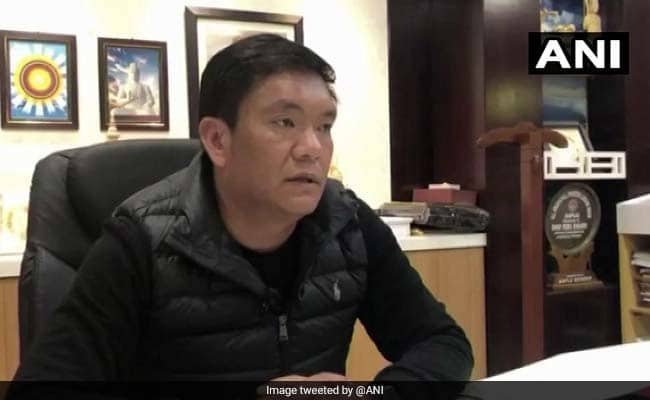 No Reports Of Violence In Arunachal Pradesh Today: Police 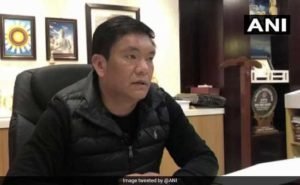 After witnessing violence for three days since Friday, there was no report of any violence from anywhere in Arunachal Pradesh today, police said. Internet continues to remain suspended in Itanagar and Naharlagun amid the indefinite curfew.

Arunachal Pradesh witnessed massive violence for three days from Friday over the Joint High Power Committee (JHPC) recommendation granting permanent resident certificates (PRC) to six communities who are not natives of the state but have been living in Namsai and Changlang districts for decades.

Arunachal Pradesh Chief Secretary Satya Gopal issued a statement on Sunday that said: “Considering the present situation pertaining to grant of PRCs to non-APST (Arunachal Pradesh Scheduled Tribes) of Namsai and Changlang districts, the state government has decided that no further action will be taken in grant of PRCs.”

There was no report of violence from anywhere in the state on Monday but shops and market establishments in Itanagar and Naharlagun were closed, police said, adding that central paramilitary forces sent to help the state administration in maintaining law and order have reached Itanagar.

Union minister Kiren Rijiju on Sunday said the state government has decided to not accept the recommendations of a high-level committee to grant permanent resident certificates to six communities, and blamed the Congress for “instigating” a section of the people.

In separate tweets, Mr Rijiju said the Arunachal Pradesh government has passed an order to not accept the recommendations of the Joint High-Powered Committee to grant PRC to six communities living in Namsai and Changlang districts.

On Sunday, two people were killed and three injured when protesters tried to attack the private home of Arunachal Pradesh Chief Minister Pema Khandu at the ESS sector in Itanagar in the afternoon.

Mr Khandu had called an all-party meeting yesterday to take stock of the situation and decide on the future course of action, but none of the parties, including the opposition Congress, NPP and the PPA, turned up.

Sources in the chief minister’s office said the meeting has been rescheduled on Monday.

The agitators have been demanding a permanent resolution to the PRC issue, immediate resignation of the chief minister, unconditional release of protesters (numbering around 40) and immediate transfer of the chief secretary, among others.

An indefinite curfew was imposed in Itanagar and Naharlagun on Saturday and internet services suspended as protesters resorted to stone pelting in which 35 people, including 24 police personnel, were injured.

The Army had also conducted flag marches in Itanagar and Naharlagun on Saturday.

Over 150 vehicles have been damaged by the protesters since Friday, they said.