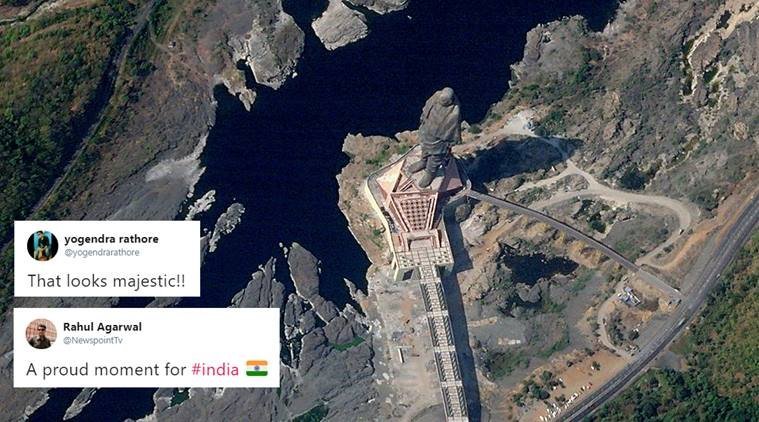 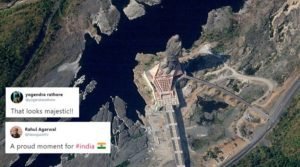 India is now home to the world’s tallest statue — Statue of Unity– and with its whopping height of 182 meters, it has garnered considerable attention across the globe. Now, in a picture shared by Planet Lab, world’s leading commercial satellite network, it showed that the giant statue of Sardar Vallabhbhai Patel is visible from the space.

The Rs 2,989 crore project took 42 months, and round-the-clock work by 3,400 labourers and 250 engineers to complete the giant structure, which is twice the height of the Statue of Liberty in the US. Sharing a photo on Twitter of the satellite image of the statue built near the Sardar Sarovar Dam in Narmada district, the company wrote, “At 597 feet, India’s Statue of Unity is now the tallest statue in the world and clearly seen from space!” The Oblique SkySat image was captured on November 15, 2018, they added.

The photo quickly created a buzz online, with Indians describing it as a proud moment.

Wow! What a eyeful scene👌👌 https://t.co/j6DRddgzxA

Sending out the message of Unity to all the galaxies out there …
With Love , From Earth 🙏😍🌹 https://t.co/t0ifH0IhFg

It will take tourism opportunities to greater heights in Gujarat. #StatueOfUnity https://t.co/bo4i521p8r

Woah!
Great wall of china.. this is great statue of India.. https://t.co/A2DTHi4K6e

Legend from the Space. https://t.co/YZSNq3doNO

Can we be proud of something, sometime in day! @StatueOfUnity https://t.co/vYhxO1eJcC

The foundation stone of the statue was laid in October 2013 by PM Modi, who was then the chief minister of Gujarat and the height was picked as ‘182’ metre to match the total Assembly constituencies in Gujarat. On October 31 this year on Patel’s birth anniversary, it was inaugurated by PM Modi.

Another biker dies in accident on Delhi’s Signature Bridge; Third death in 2 days