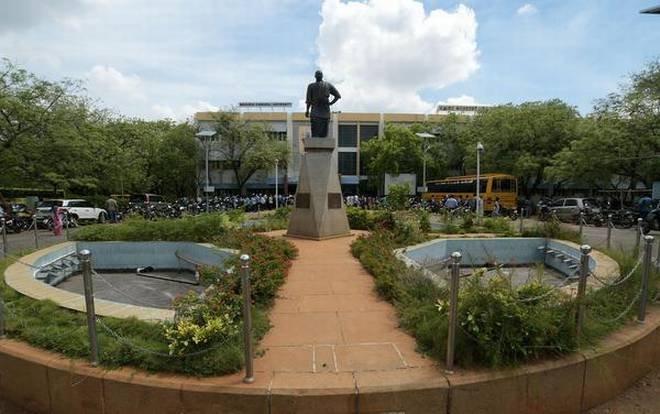 Madurai Kamaraj University has been granted ₹ 7.25 crore as a corporate social responsibility initiative of Rural Electrification Corporation Limited (RECL), a public sector undertaking, to set up one MW-capacity solar power unit on the campus.

A memorandum of agreement to this effect was signed at the headquarters of RECL in Delhi by MKU Registrar V. Chinniah, in the presence of Director of Legal Studies of Tamil Nadu and one of the Convenor’s Committee members N.S. Santosh Kumar on Monday.

Mr. Chinniah said the MKU was the only State government-run institution in the country to receive the funding. “We had sent a proposal to the RECL for the funding since we were keen to move towards renewable energy sources,” he added.

According to a statement issued by the university, the setting up of the required infrastructure would be completed in one year. “We already have solar panels installed in some of our buildings. However, this 1 MW capacity will make the university fully self-sustainable in power,” Mr. Chinniah said.

With the grant covering maintenance cost for the first five years after installation, he said the university would save a significant amount of money. “Moreover, with the MKU’s power requirement coming to zero from Tangedco, the latter will be able to cater to nearby villages better,” he claimed.

MKU faculty members P. Varalakshmi and B. Ashok Kumar, who have been designated coordinator and joint coordinator respectively for implementation of the project, were also present during the signing of the MoA.