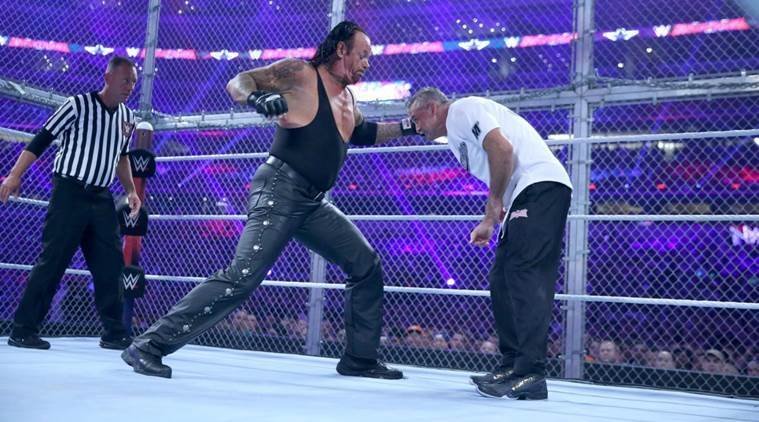 WWE Hell in a Cell 2018 is almost upon us and it is time to rewind on some of the greatest matches inside the deadly steel structure. Shane McMahon vs The Undertaker is one of those memorable fights which took place inside the 20-foot structure and the build-up to this match occurred when Shane-O-Mac returned to WWE after six years and interrupted his father Vince McMahon, as the Chairman of WWE was about to present the Vincent J. McMahon Legacy of Excellence award to his daughter Stephanie McMahon. As Shane voiced his displeasure over the manner in which the company was being run, his father decided to give him a chance to join the company but only on one condition- beat The Dead Man in a Hell in a Cell match at Wrestlemania 32.

However, things did not go according to plan and The Undertaker beat Shane to take his WrestleMania record to 23-1. While Shane lost the encounter, the highlight of the show was McMahon jumping off the top of the Hell in a Cell cage.

The odds were always stacked against Shane but his daredevil stunt gave the WWE universe a moment to remember. After the match, McMahon received medical attention.