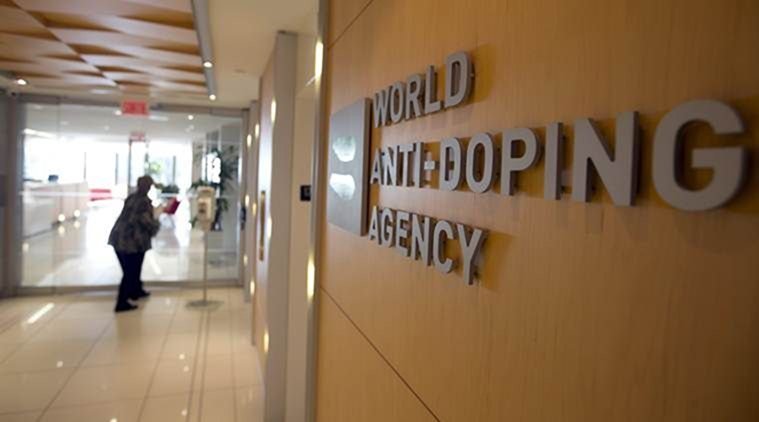 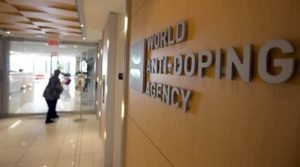 A woman walks into the head office for the World Anti-Doping Agency (WADA) in Montreal, November 9, 2015. An international anti-doping commission recommended on Monday that Russia’s Athletics Federation be banned from international competition over widespread doping offences – a move that could see the powerhouse Russian team excluded from next year’s Rio Olympics. Russian sports minister said there was no evidence for the accusations against the Federation. REUTERS/Christinne Muschi

The World Anti-Doping Agency said on Friday that its compliance review committee (CRC) had recommended the reinstatement of Russian anti-doping agency RUSADA, which has been suspended since 2015 over alleged state-backed doping. WADA said the committee had reviewed a letter from the Russian sports ministry it said had “sufficiently acknowledged the issues identified in Russia,” thus fulfilling the first of two remaining criteria for its reinstatement.

“For the second outstanding criterion, the CRC accepted that the new commitment to provide access to the data and samples in the Moscow laboratory to WADA via an independent expert would be sufficient to justify reinstatement…” WADA added. WADA’s executive committee will meet on Sept. 20 to review RUSADA’s efforts to bring about a reinstatement.

Russian officials welcomed the recommendation, but Travis Tygart, chief executive of the US Anti-Doping Agency, was concerned about its transparency. Russia’s anti-doping agency has been suspended since 2015 after a WADA commissioned report revealed alleged widespread doping in the country, although Russia has repeatedly denied state involvement. WADA President Craig Reedie said in March that Russia’s refusal to acknowledge the systemic doping alleged in the McLaren report and its failure to allow access to Moscow’s suspended anti-doping laboratory were blocking its return.

HUGE WORK
Russian Sports minister Pavel Kolobkov told Russian news agencies on Friday: “I was certain that the compliance review committee would, sooner or later, recognise the huge work that has been done by Russia in the fight against doping. “We have always strived toward cooperation, we did everything that depended on us… We are open to the maximum because we have nothing to hide. Only together were we able to reach this result.”
He added that Russia looked forward to returning to WADA.

“For us the reinstatement of RUSADA at the next WADA executive committee is important. We will wait for the September 20 decision with hope. Believe that we did everything that we could. And we are ready to cooperate with our foreign partners, to continue work in that direction, to follow uniform rules that are equal for all.”

However, USADA’s Tygart said in a statement to Reuters that he had mixed reactions. “Frankly, it stinks to high heaven. WADA should stop the sleight of hand and release the new CRC recommendation as well as any information received from Russia now showing they are compliant,” Tygart said.

“If they are compliant then great, we will get access to all the data and samples at the Moscow laboratory and finally justice can be served in the hundreds of cases that have been derailed up to now.”

‘SYSTEMATIC MANIPULATION’
The International Olympic Committee (IOC) reinstated Russia in late February after the remaining tests from this year’s Pyeongchang Winter Games all returned negative. The IOC had banned Russia from the Pyeongchang Olympics after it found evidence of an “unprecedented systematic manipulation” of the anti-doping system.

But it had allowed Russians to compete in the Winter Games as an “Olympic Athlete of Russia”, as long as they satisfied strict conditions that showed they had a doping-free background. The International Association of Athletics Federations (IAAF) has yet to reinstate the Russian athletics federation.

“The IAAF’s Taskforce will prepare a report for the next Council meeting in Monaco in December, which is expected to cover any developments relevant to Russia’s position in the sport,” the sport’s governing body said on Friday.

It suspended the Russian federation in 2015 and had allowed only one of its athletes to compete at the 2016 Rio Olympics. A number of Russian athletes have been able to compete in international athletics competitions, including the world championships, as neutrals by passing a series of doping tests.