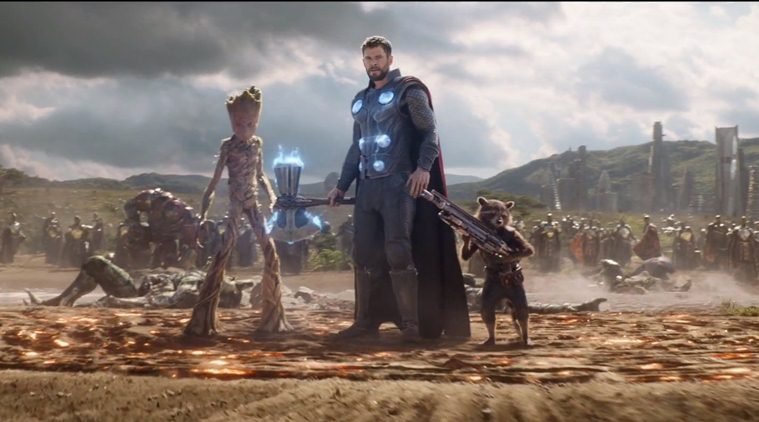 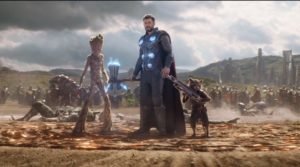 Marvel Studios is going to release Avengers: Infinity War’s Hindi dubbed version in Indian theaters again. The studio announced the news on their social media accounts today, on the occasion of Hindi Diwas. The rerelease date is October 2. The news was accompanied by a nice photo of Marvel superhero action figures proclaiming the news.

The photo shows Iron Man figure holding a placard that states, “Hindi mein [In Hindi]. October 2,” as the Hulk writes on a blackboard in the background, “Avengers: Infinity War. Ek Baar Phir [Once more].” Thor and Captain America can also be seen.

Avengers: Infinity War was said to be the culmination of the giant, multi-film story that began with Iron Man way back in 2008. It brought together almost all the Marvel Cinematic Universe (a universe with multiple interconnected films) superheroes against the Big Bad Thanos and his Black Order of powerful evil alien warriors. Avengers: Infinity War released worldwide on April 27. Since then the film has earned a whopping 2 billion dollars worldwide. It is the fourth highest grossing worldwide movie ever.

In India, too, this film broke multiple records. It is the highest grossing Hollywood film in the country. It ended its theatrical run at Rs 227.43 crore, overtaking Disney’s own The Jungle Book.