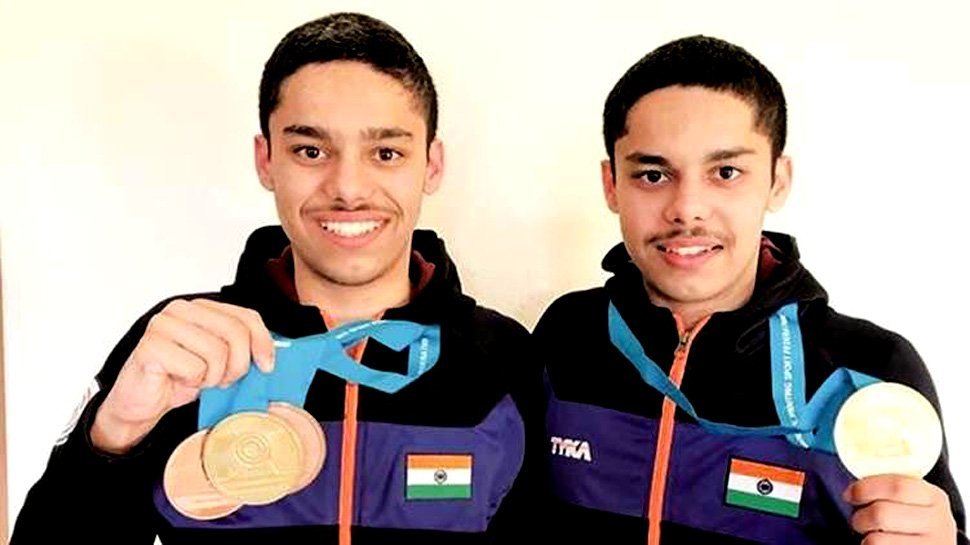 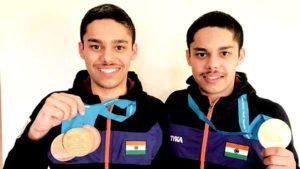 Changwon: Gurpreet Singh clinched a silver medal in the senior men’s standard pistol event but it was India’s junior shooters, who continued to hold centre-stage, snaring two gold medals in the ISSF World Championships on Friday.

Vijayveer Sidhu, 16, shot a gold in the 25m standard pistol event for junior men after combining with Rajkanwar Singh Sandhu and Adarsh Singh to claim the team gold on the last day of the prestigious International Shooting Sport Federation (ISSF) competition.Sidhu, who finished fourth in the 25m pistol Thursday, managed an individual score of 572 to finish ahead of Korean Lee Gunhyeok (570) and China’s Haojie Zhu 565).India were placed third in the medals tally with 11 gold, nine silver and seven bronze medals for a total of 27, making this their best performance in the showpiece.

Singh managed a fourth-place finish in the individual competition.

In the senior competition, Gurpreet Singh ensured that the contingent signed off on a positive note with his silver.

The former Commonwealth Games gold-medallist fired a score of 579 to finish second behind Ukraine’s Pavlo Korostylov, who shot a score of 581. The bronze medal went to South Korea’s Kim Junhong, who shot the same score as the Indian but had lesser inner-10s to his credit.

India ended fourth in the team event with Gurpreet, Amanpreet Singh (560) and London Olympics silver medallist Vijay Kumar (560) combining for a score of 1699.

India’s junior women’s skeet team finished a creditable fourth with the trio of Simranpreet Kaur, Parinaaz Dhaliwal and Areeba Khan totalling 318. None of them managed to qualify for the individual finals.

The country has managed to clinch two Olympic quota places from the first qualifying event for Tokyo 2020 Games.

Anjum Moudgil and Apurvi Chandela are the shooters to secure quota places for the Olympics by winning a silver and finishing fourth respectively in the women’s 10m air rifle event.

Though the two shooters have secured quotas, as per the stated policy, the National Rifle Association of India (NRAI) will take the final call on selection, based on the aggregate scores of shooters (in international tournaments and selection trials) leading up to the Olympic Games.